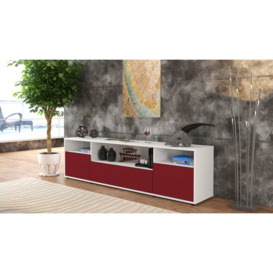 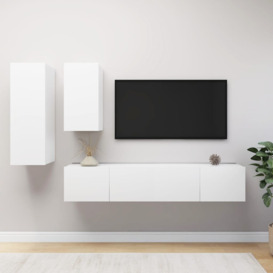 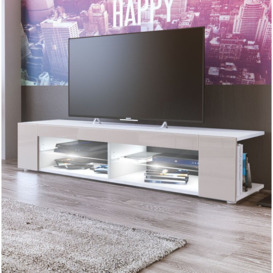 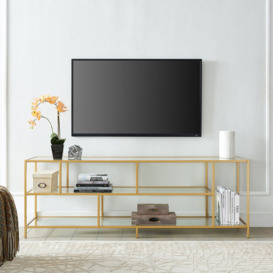 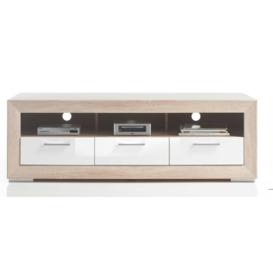 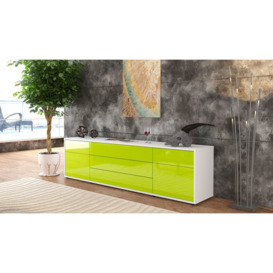 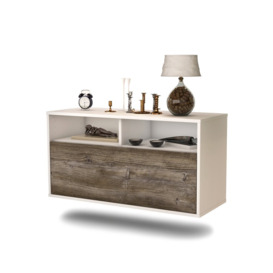 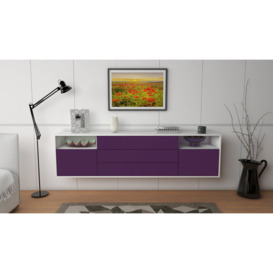 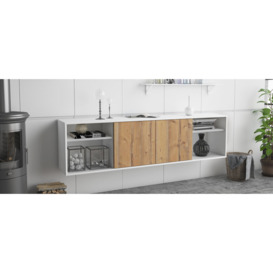 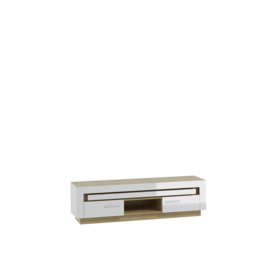 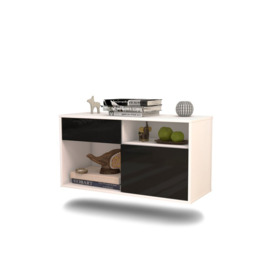 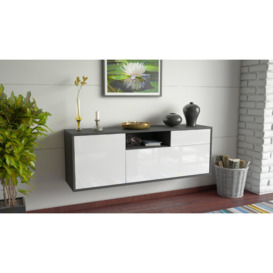 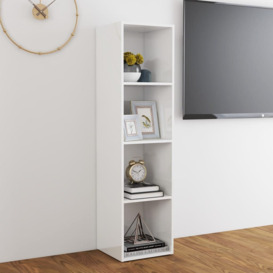 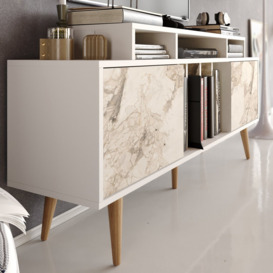 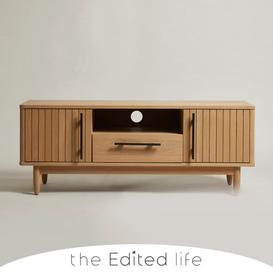 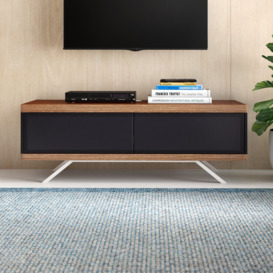 Gallery Direct Bexwell TV Stand for TVs up to 75, Grey

Before we get started on the best traditional TV stands, the first thing to note is that the words “traditional” and “television” rarely go together when it comes to an authentic way of styling a room. The fact is, traditional styling reflects and celebrates that which our grandparents would have enjoyed, with a focus on ornate designs and antiques – often not tied with televisions and other modern gadgets and devices.

That said, traditional home styling is still a very popular means of dressing up a home, and as such retailers are increasingly finding ways to conceal and display these modern inventions without completely losing the traditional style – often requiring more innovation than a modern and unique piece of furniture.


Traditional home styling places a fair amount of emphasis on natural materials and shapes, often with more ornate detailing and less focus on straight lines – instead encompassing all manner of different patterns and shapes, and ways of elevating a plain material to give it more character.

Some of the best traditional TV stands we’ve seen are actually designed with separate structural bodies and surface tops, often using two different colours or materials in a style which mimics the idea of a work surface or countertop in the kitchen. Traditional TV stands are created to resemble tables rather than blocks, and so are able to hold styling and accessorising much more easily than a modern design of TV stand.

One of our recommendations with a modern TV stand is to opt for an oversized design in order to maximise the space you have, making the most of the more generic height which levels out against the rest of the room and provides a great surface for additional accessories such as framed images, flowers and ornaments.

Traditional styling is not afraid of embracing the clutter which makes a house a home, and so investing in a traditional TV stand with enough space for additional items is a great way of embracing that.

Things to consider with a traditional TV stand


We often find that members view traditional furniture as more of a dark wood styling movement, though buyers should be careful not to bring too many dark colours into the living space which can have an impact on the overall welcoming vibes of the room. Remember that often the television and all its surrounding gadgets will be black or close to black in their neutral state, and so placing these on a dark wood surface will create a really dense overall finish.

Another thing to remember is that there is a fine line between traditional styling and something which looks quite outdated and out of fashion – with certain materials and styles going out of fashion for a reason. Consider ways to embrace traditional colouring without opting for the standard and boring rectangular set of cabinets and a TV surface – perhaps exploring designs which slot neatly in the corner of the room to maximise your use of space, or selecting a TV stand which uses the traditional style of drawer and cabinet with door knobs, but replacing the door knobs to something a little more updated and stylish.

And finally, accessorising around your traditional TV stand can have as much as an impact as placing things on top of it – with traditionally ornate floor lamps and heavily decorated rugs all adding to the overall effect when used correctly.

For the best selection of traditional TV stands, research your options and try department stores, furniture departments and even antique stores for the best and most authentic ranges.