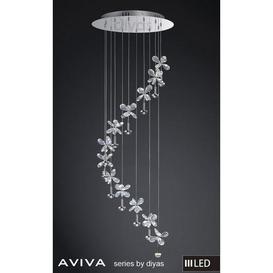 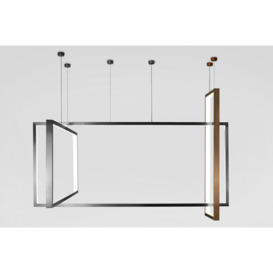 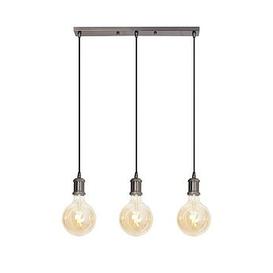 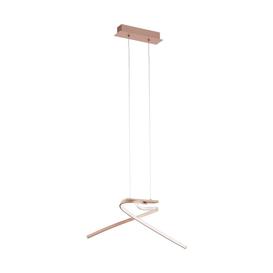 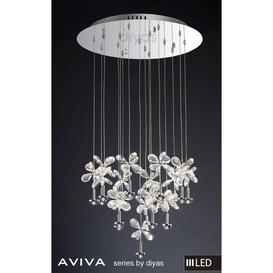 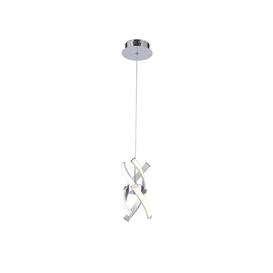 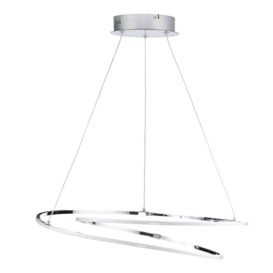 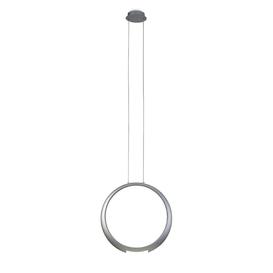 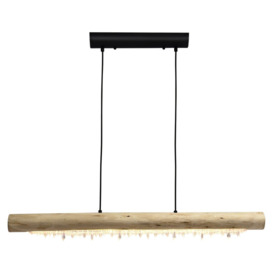 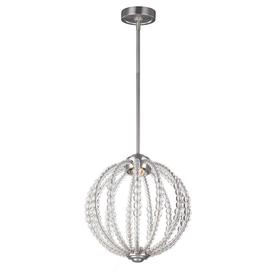 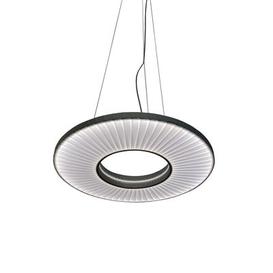 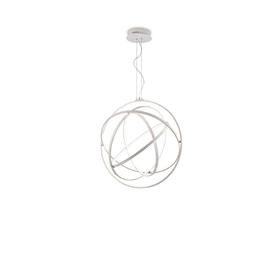 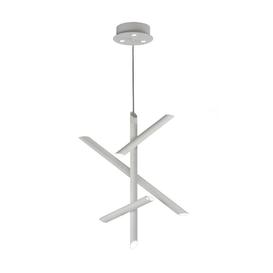 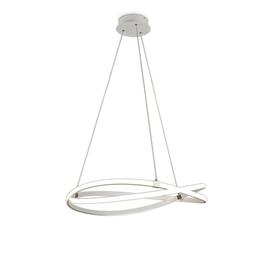 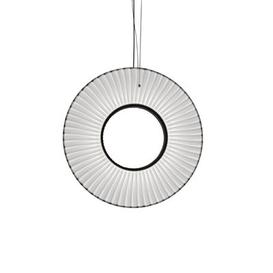 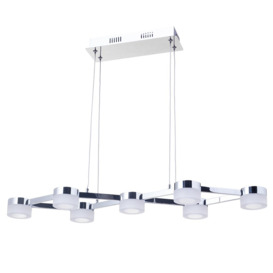 When looking upon a standard pendant light, buyers and homeowners tend to find that the source of the light inside the bulb itself is not too strong – emanating from the wire coil inside a traditional bulb which conducts the electricity and creates the beam of light which then directs outside of the pendant style light fitting.

An LED light on the other provides a far more powerful injection of light to the surrounding space; the difference in LED pendant lights being that many of the more modern designs have moved away from the standard design using a bulb and surrounding shade, instead harnessing the power of LED light in whatever shape the pendant itself sits in.

One such example is a pendant light ending in a ring of light around the base – with the LED light filling and shining from the entire ring rather than coming from one single bulb in the centre. It is this seamless approach to lighting which makes LED lighting so much more modern – and which makes it such a popular concept when it comes to pendant lighting and choosing a style which suits the simple designs surrounding it.

The best examples of LED pendants


One of the best things about pendant lights is that they can come in any shape or size, and they largely all create the same kind of decorative finish in a room – one which is stylish, visually interesting, and filled with different levels. We often get members asking how to elevate the appearance of their room through furniture, with everything either sat at ground level or on surfaces around the outside of the room – more often than not leaving the large space in the centre of the room unfilled and rather boring in appearance. A pendant light serves the purpose of somewhat filling that space by bringing the centre of the room downwards – or, as in the case of a much larger room, sometimes creating more than one focal point with multiple pendant lights.

As far as the LED pendants go, this modern style of lighting manages to create a consistent beam of light across the room no matter how large the bulb is, adding further to the overall aesthetic of the room and ensuring that the clean cut lines and colours in a modern space are not lost of washed out by a dim traditional bulb.

Things to consider with LED pendants


LED pendants come in a range of different styles and sizes, and while this makes them ideal for almost all different spaces and rooms, it also means you face a lot of choice – with buyers sometimes getting carried away and ending up with a pendant which is far too large and overbearing for their room.

We recommend assessing the layout and dimensions of your room, and then selecting an LED pendant which will drop down to create levels and layers but without inhibiting or creating any kind of pinch point between it and another item of furniture. It can be tempting to forget that ground level items match up to dropped lighting, but when the two meet you can end up with a real problem in terms of usability and space to move around the room, so take your measurements with you and where possible opt for a pendant light which can be tailored in length according to your specifications.

The best array of LED pendants can likely be found across both lighting specialists and homeware retailers, with experts on hand in most retailers to guide you towards the best design and bulb intensity for your space.